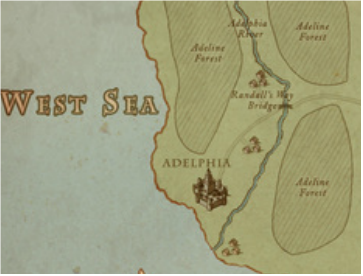 House Nyis came into existence early in the history of Ruinous, being one of the first houses given lands after the the war with the Alsatins in ancient times.  Randle Nyis was a knight who lead men into the Startelm on ships from the western sea and ambushed the Alsatin pushing them further and further north.  Legend is that Guy the Great himself supplied Randle with the ships he needed and that he accompanied Randle into battle.  By the time Randle's men had cleared all of the Startelm surrounding the Adelphia River, Guy the Great had disappeared and Randle was granted all the lands he claimed as his own and given a lordship.  Far in the south he built his ancestral seat of Aldephia right on the the coast of the Western Sea, giving  Ruinous the potential for future trade and discovery.