Through the Crimson Night 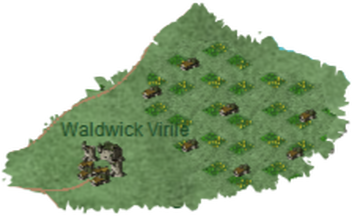 One of the three original houses of Ruinous, the Testokes are among the oldest and most powerful houses.  Benton Testoke built the Waldwick Virile as a means to protect the vast amount of fertile lands in the center of Ruinous from savage tribes of men as well as from Alsatins.  The Virile has two great towers that from the top of you can see for hundreds of miles.  These towers were used to keep constant watch over the surrounding lands and a series of beacons were set up throughout all.  If a farm or a village was attacked or in danger, one man only needed to reach a beacon and the rest would be lit.  Once the beacon nearest the Virile was lit the Testokes blew their might horn and marched to defend their people. Due to the fact that most of the time their men would be moving in the night, Benton took the bat for his sigil.