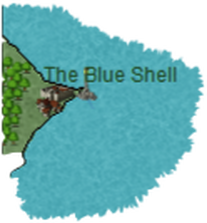 Native to Tior Island the Spewakes were originally Kings of Tior until a shipping dispute arose with House Nyis of the Ruinous.  The dispute was over conflicting trade routes and eventually escalated to a series of Navel battles and before soon King Pino Lagrest sailed the entire royal fleet to Tior and decimated  the Spewakes ships. Upon landing on the shores at the Blue Shell, King Evan Spewake wisely bent his knee to Pino Lagrest and swore fealty to Ruinous.  Since then the Spewakes have always been the strongest part of the Ruinousian navy as well as a key part in trading with the southern continent.


BRAND SPEWAKE, Lord of the Blue Shell
Powered by