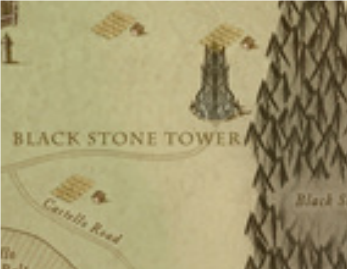 House Nands can trace it roots back to Mikken the Marvelous, the first light mage to emerge in Ruinous.  Mikken's life before coming to Ruinous was not recorded in the history books, but he was the first mage to serve the crown under Pino Lagrest.  With his magic he was able to repel invading forces from Pegasus and show the world the value of magic in battle.  For his bravery on the battlefield Mikken was made a lord, named the first High Mage to sit on the kings council, and given lands in the Over Pass Mountains.  Instead of erecting a castle or a keep Mikken had Black Stone Tower built, a two hundred foot tower, not protected by walls and moats but by powerful magic spells.  The spells that Mikken cast over his roof still stand today and are so advanced that they are beyond the understanding of modern mages.