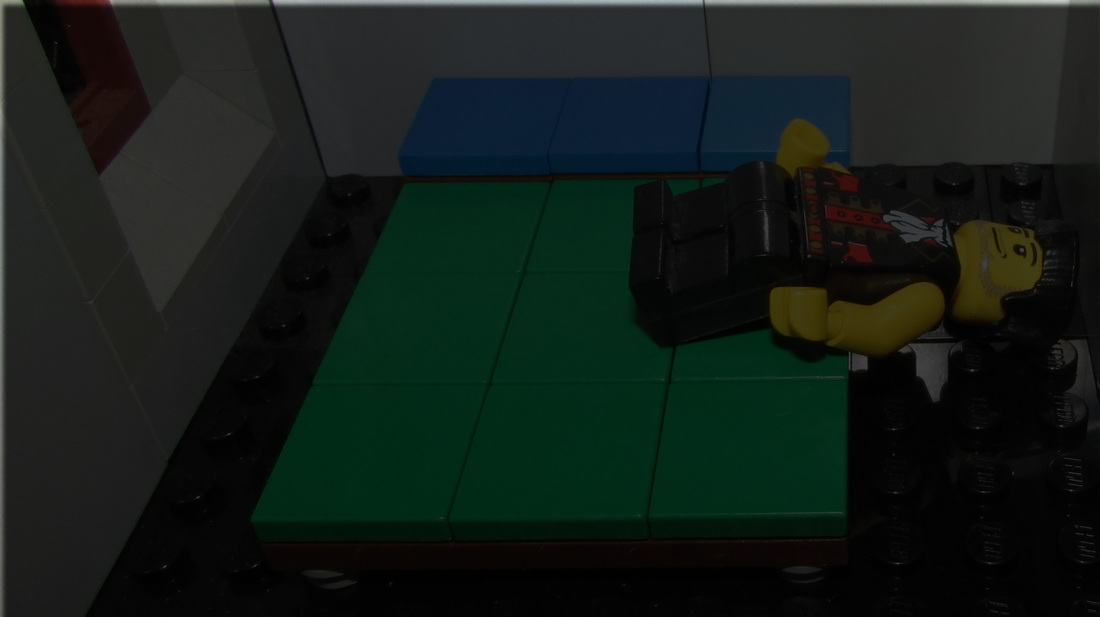 Lying across his bed with his head hanging upside down over the edge and his feet planted on the floor, Stephen felt everything spinning. That night had been the celebration to announce the engagement of Stephen’s older brother Homan to the beautiful Nicole Testoke. What a feast it was—at least the parts he could remember. His father spared no expense on the cuisine, laying out the finest dishes known to Ellison. Pasta glazed in a tangy clam sauce, oysters on the half shell, salmon that melted off the fork. It was phenomenal, and the wine! Oh, there was so much wine.
Stephen had started drinking with his friends and brother well before the announcement was made. They all knew it was coming. It had been so obvious, his father proudly displaying his perfect son to Alton Testoke as he handed over his gorgeous daughter to Homan. It was perfectly disgusting to see how perfect his brother’s future would be. The feast was something else, though. Homan may have had his flawless betrothed to entertain him, but the boys had Ser Dante Gonzalga, Ser Carris’s son. Dante, a wide-set, muscular, scruffy young man, was always a good time at a feast, primarily because he was able to drink twice his weight in wine and forced his outlook about drinking on others. Poor Basso must have relieved himself all over the dining hall at least four times. Stephen could still hear the sound of Dante yelling, “Drink, you cow pussies!” ringing in his head. ​

Basso was not the only one to feel Dante’s playful wrath. Stephen was pretty sure that Brant was still twitching underneath the stairs. And the seventeen goblets of wine that he’d forced down Stephen’s throat were only going to remain in his stomach for so long. Sleeping would not be an option tonight, not until his body gave out completely. The thought of tomorrow morning was a nightmare he was not ready to face. Perhaps a bowl would calm him; it had helped in the past. Yes, a bowl sounded perfect to Stephen, and then maybe he would read a bit, if he could focus on the words. He had just started reading the most interesting book before the Testokes’ visit, about King Pino Lagrest and his adventures on the southern continent. Stephen could spend hours reading when he wasn’t fishing or sailing with his friends. Or drinking.
Now set on smoking and reading, Stephen staggered out of bed and made his way to his brother Saul’s room for some peace-bloom. Aside from a few pesky doors and walls that kept bumping into him, the journey to his brother’s chamber went quite smoothly. ​ 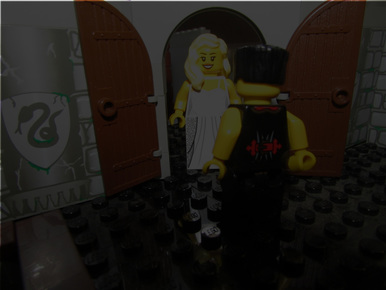 He fumbled for the knob, but the door crept open on its own. Behind it was his brother’s fiancé, only she was leaving the wrong brother’s room.
“Hello there,” he slurred to the blushing lady, whose gown was still hanging off her shoulder. “You lost, dear?” he chuckled.
“Oh, hello. Stephen. I was just, um—”
“Fucking Saul?”
“Um...yes.” She gave him a cute little smile and pressed her chin to the top of her rounded chest. “Please don’t tell your brother or my father...or anyone.”
“Don’t worry, Nicole, your secret’s safe with me. On the assumption that I even remember any of this, Saul’s my brother and, well, I like him better than Homan anyway. Is he awake? I’d like to smoke some bloom. You’re welcome to join us if you partake.”
“No, he’s sound asleep. So cute when he’s sleeping, too.” 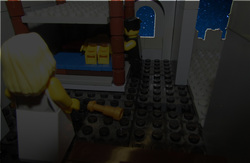 “Yeah, adorable. Excuse me, I’ll just help myself.” He went past the girl as she fixed her clothes and opened his brother’s small silver chest on the wardrobe, pinching a little bit of the green weed into his long wooden smoking pipe. Stephen then turned Saul over on his stomach and tried to fix up his ravaged bed the best he could before he left. “Close the door, Nicole. We can just smoke on his balcony. He’s not waking up for some time.” 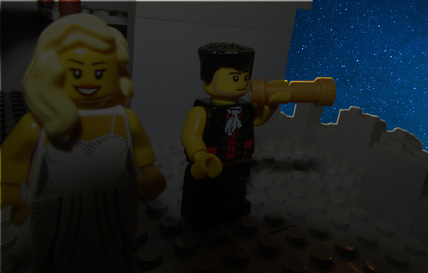 Stephen struck his flint and steel and put the small flame into his pipe, inhaling the wonderful earthy smoke. Exhaling, he felt his world come to a steady sway and he passed the pipe to his brother’s lover. “So you and Saul, eh? How did that happen? Thought you were all about Homan.” 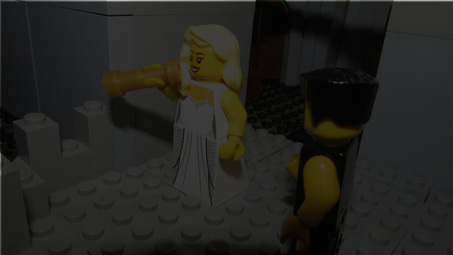 She took the pipe from him and inhaled just a tiny bit, instantly coughing. It was clear she had ladies’ lungs. “Homan is such a bore. He wouldn’t even take me into bed tonight. He insisted we wait until we are wed. Besides, Saul is much more handsome.”
“Yeah, Homan can be a bit drab sometimes. He’s a good guy, though. He’ll make you a good husband. You’ll be taken care of. He’s really smart and strong, my brother. He’s going to do great things for Ellison. That’s why Father loves him so much more than us.”
“My father is the same way with Basso. He can’t get over that Bokal left to become a royal knight. He feels betrayed by our older brother and so he takes it out on my twin.”
“Not on you though, not his little princess. When’s the wedding anyway? Have our fathers set a date? I imagine I wouldn’t know until maybe the night before, if I were fortunate.”
“Nothing yet. Your brother mentioned that we would be getting married once he returned, but didn’t say much else.”
“Returned from where? I didn’t know he was leaving.”
“Not sure. He mentioned briefly that he and our fathers were going somewhere, maybe the capital?” 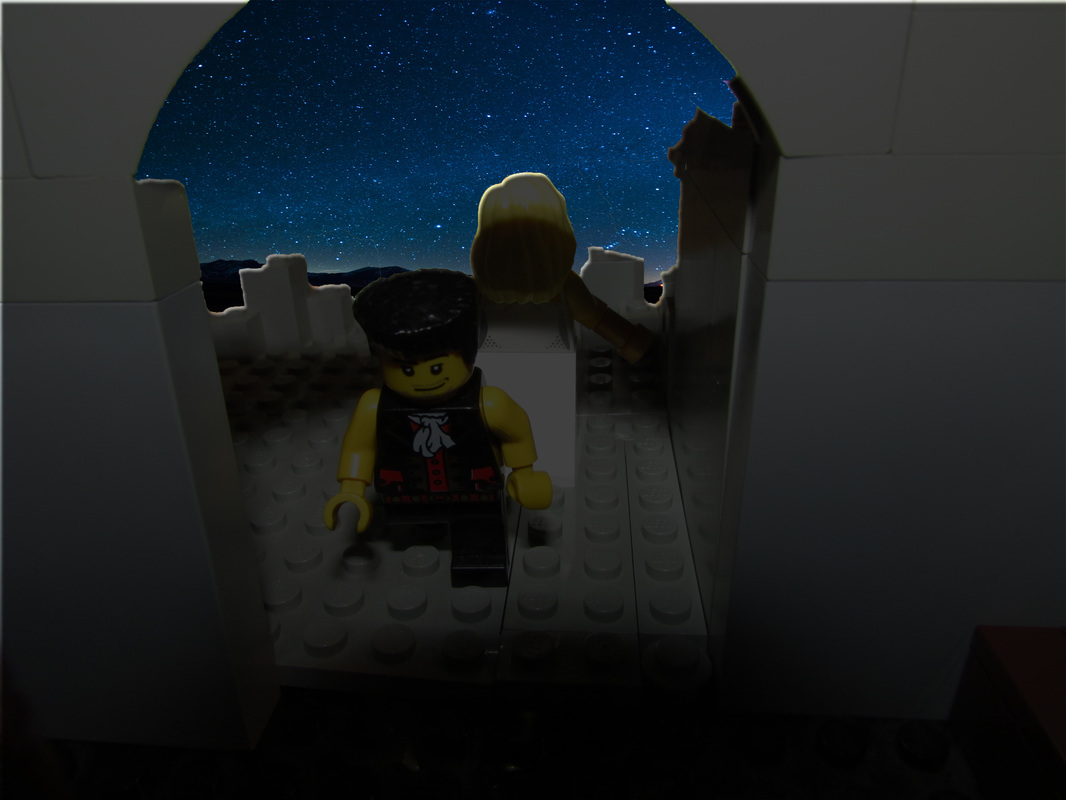 “Whatever. You can finish that. I’m going to read for a bit.”
“Thank you, Stephen. And don’t be so down on yourself. You are just as smart as Homan, and just as cute as Saul.”
Stephen chuckled. “Well damn, if you weren’t engaged to my brother and didn’t just finish fucking the other one, we might have had something. Good night, Nicole,” he said as he walked away. 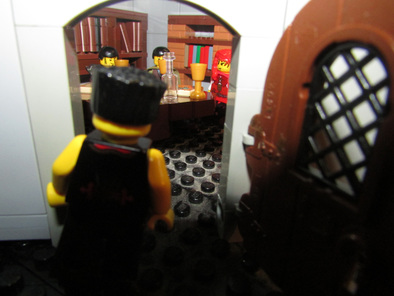 With his mind now at ease, the path across the courtyard to the library was a much simpler one to take. Trekking up the clumsy aged spiral stairs, Stephen saw a light flickering from his destination. It appeared he was not the only one hoping to enjoy a late-night read.
“Yes, twenty thousand southwest of Merkanth,” he could hear his brother’s smooth voice saying.
“I’ve never been down south,” Alton’s voice added.
“My father led a campaign against the Cassopian Brotherhood there once. He told me the terrain was daunting and heat a greater enemy than any army,” Stephen’s father explained.

“Father?” Stephen asked, shyly staggering into the library.
“Stephen! What are you doing awake?” His father glared at him.
“I... I couldn’t sleep. I had hoped to finish a book I started. What are you doing in here?”
“Oh, just sharing some old war stories, nothing you’d care about. It’s late, son, too late for you to be reading. Head back to bed.”
Their icy stares cut right through him. He knew he wasn’t wanted there, so he left.