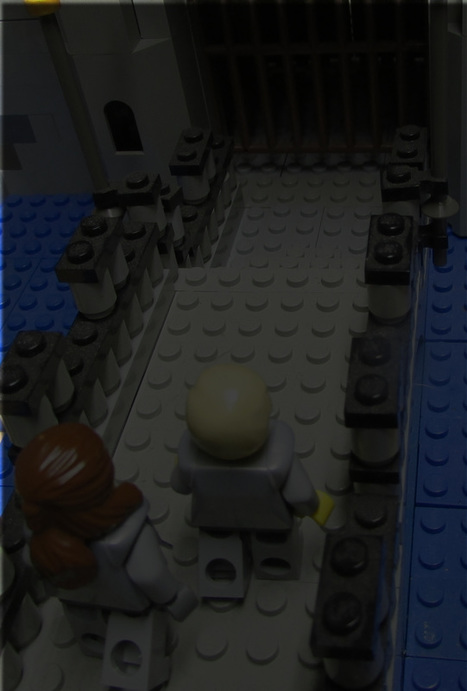 They walked back to Stallworth Keep at a gradual pace. Link’s mind ran every scenario about how the king would chastise him. Were he fortunate, he might only be lashed, since there was, after all, nothing he could have done to prevent the prince from escaping the castle. But he knew that his fate could be exile or worse: death. Death would have been a welcome substitute for exile, though. He did not want to lose another home and the shame of it all would kill him anyway. Seven years as knight—he was proud, he was accomplished. He held a position of great honor, but now he was likely to lose that all and be branded a failure on top of being a traitor.
Benjamin, who was technically responsible in Link’s mind, did not seem as concerned as Link was, and just rambled on the whole way about what they had discovered in that underground storehouse. There was a stash of weapons and armor, along with what was likely stolen goods. The boy that Link mistook for Domino told them that they were a group called the Birds of Prey and that the leader, Ace, had gone by the name Eagle. The boy was starving, and they offered him steady feed and a family if he joined them. Apparently there were a lot of kids involved, but this one had been a new recruit, so he didn’t really know too much about them, like how many of these storehouses they had, how great they were in number, or if they had any connection to the Shadow Fox.
As of late, any theft, assault, or minor agitation was being blamed on the Shadow Fox, despite the fact that the crown had only captured one lone assassin. Countless parties had been sent into the city and out to patrol the roads, but actual encounters with the Shadow Fox were very limited. No one knew how many there were or what any of them looked like. Ace, or Eagle, could have been one of them as far as they knew, but he also just could have been someone extorting children for personal gain. Injustice was not something the Shadow Fox brought to Ruinous.
Reaching the edge of Crystal Lake and the bridge that led to the keep in the middle of it, Benjamin and Link said farewell to Nottoc, possibly for the last time. She would not be held responsible for losing the prince like them, but without a prince to tutor, she would likely be sent back to Isseaos. After parting ways with the mage, the two knights took the eternal stroll back to their home. The tall, iron gate at the end of the bridge was barred, and they had to call up to the guards atop the wall to open it for them. But when they called, it was not the usual guard who peered over the wall to answer, but one of their brothers-in-arms, Ser Nalco Peavey. Ser Nalco was young, even younger than Link, with thin strands of black hair waving in his face. He was a knight of Adelphia, but his success in tournaments allowed him to attain his status as a royal knight after Ser Aron Greystock was granted lordship over Castello and the royal knights had a vacancy to fill. 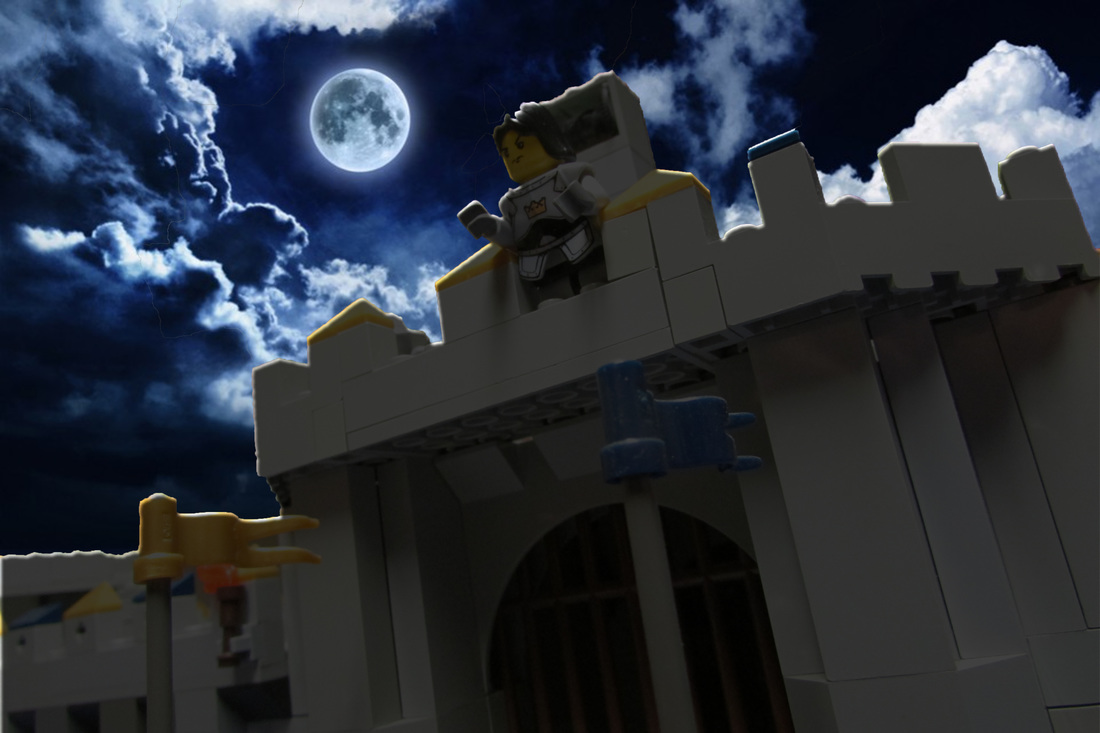 “Whoa, who do we have here?” Nalco scrunched his clean face in jest. “Sers Link Gondev and Benjamin Sheets! Dyard’s been in an uproar looking for you two. Tsk tsk, skipping out on your duties, who do you think had to cover for your asses?” Link had forgotten about his commander, Dyard. He had been so afraid of what Daerunt would do to them that he hadn’t even realized that Ser Dyard’s punishment would be a hundred times worse. Ser Dyard was the kind of man who would put you to death, but only after you begged for it, and even then he’d let you die slowly.
“Just open the gates, Nalco!” Ser Sheets commanded. “We need to see the king.”
“Damn right you do.” They could hear the crank turning, and the gates began to rise. “He’s in the library, I believe. Guy bless.”

Guy bless indeed, Link thought. They walked through the courtyard, past a gauntlet of prying eyes, around the fountain, and past the barracks that Link had lived in. Would he ever know the stiff comfort of his bed again? They marched through the halls of Stallworth Keep and up the pearl-white set of stairs leading to the third floor, the king’s floor. Normally it would be an honor to speak with the king in his place of leisure. He might ask a knight to join him on the balcony to smoke a pipe, not that Link smoked, or to examine a piece of literature or history in his library with him, but there was no honor or kinship to be had here this time. Only shame. 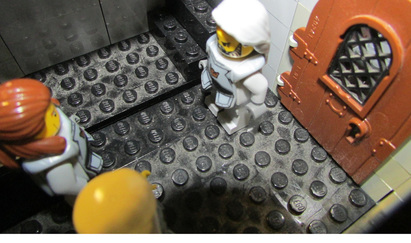 Outside the door was stationed Ser Dyard Graniteworth, standing at perfect attention, his long silvery hair tied perfectly back. He was old, yes, but his figure was something that utterly compelled respect, as well as fear. Link thought it best to throw himself at the mercy of his commander and pray that he might spare him from a wrathful punishment.
“Commander!” He stepped in front of Benjamin, straightening his posture.
“Where have you two been all day?” Dyard scowled. “I am very disappointed in you both, you most of all, Link. Your negligence could have put the prince in serious danger.” 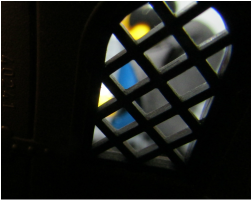 “I regretfully inform you—” Link was about to tell him that the prince was gone, but Ser Sheets shook him and pointed at the small window in the library door. Through the glass he saw framed a mop of ebony hair reaching for a book from a too-high shelf. Domino! But how?
“We regretfully inform you,” Benjamin picked up where Link began, “that our excursion...did not lead us to the culprit...but we did find...some stuff.”
Dyard’s face was blank and puzzled. “His Majesty would like to see you both.” He opened the door and made his way in ahead of them. “We have heard about your run-in with a possible cell branch of the Shadow Fox.” 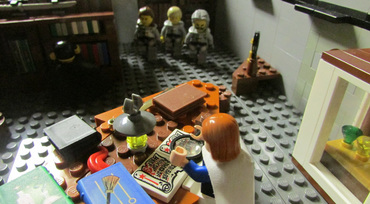 “Decided to take the day and play hero?” Daerunt began. “Sit, both of you. Now!” They rushed to sit around the large octagonal table that was covered in books and scrolls, while Domino playfully grasped for reading material.
“You’ve heard about that? Already?” Benjamin tilted his head.
“News travels fast when my knights are involved. Ser Ruf’s report arrived shortly before you did. From what I gather, you did some very nice detective work, but I do not seem to recall ordering you to do so, and in your foolishness you left my son completely unattended! Did we not just speak last night about this, Ser Linkoln? Explain yourselves!” 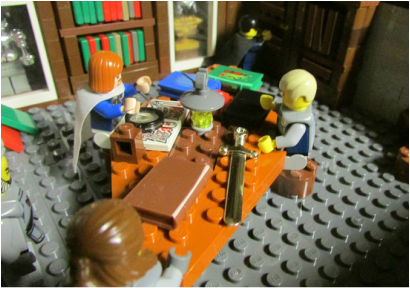 “Your Majesty,” Link began, “there was a passage in your son’s room and he—”
“He was in danger,” Benjamin interjected. “I caught a man sneaking through that passage this morning, sire. Big shiny bald head and a thick round frame. Luckily, the prince had already left for his morning lessons, right, young prince?” Domino shrugged and nodded his guilty head. He knew that if his father found out that he had been sneaking out of the castle, he would be scolded as well.
Ser Sheets went on. “He must have been with the Shadow Fox, I thought, come for the prince. When I caught him, he went back the way he came, underground. I asked Ser Link and the mage to accompany me in pursuing the intruder, not knowing if there were more of them. We discovered the most interesting system of tunnels running underneath the Crystal Lake. We followed his trail and it led us just outside the city, so we kept looking for him. When we found him and his base of operations, I went to fetch the city guard and Link pursued him. So you see we had no choice: The more time we wasted, the more time he had to get away from us, and who knows if there are other ways into the keep that they know about.” 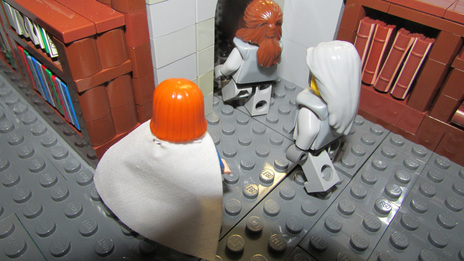 Daerunt ran his thumb and pointer finger through his beard, plucking at the tiny hairs. “Underground tunnels? Interesting. I have lived in this castle many years, even served the last king as his Commander of the Royal Knights, and never did I hear of a secret tunnel.”
“It seemed vast too, sire,” Ser Sheets added. “I only know of the one entrance outside the city. I suggest we close it off as soon as we can.”
“No, post a watch there. I am curious about these tunnels. We will investigate them and map them out. I would like to see them now. Take us. Ser Link, you remain here with Domino.”
He lied. Benjamin lied right to the face of the king he had sworn to protect and serve. His lie had saved them, though, as it appeared that Daerunt and Dyard had lost interest in chastising the knights and were now interested in the tunnels that they had discovered, even more so than the criminals they brought to justice earlier.

Link turned to Domino once everyone had left. “You are lucky, prince. Ser Sheets did not have to lie for you.”
“Ser Sheets ruined everything. Now my dad knows about my secret passage and he’s going to put guards there and I won’t be able to have any more fun.”
“So you’ve used it before? Where did you go today?”
“I was exploring. I always do when I tell you I’m too sick to go to my lessons. I know my way around pretty well, too. I never get lost.”
“You had me worried sick, Domino. I thought you’d left. You had us out in the city all day searching for you. We put ourselves in great danger trying to track you down and you were here the whole time playing around!”
“I’m sorry, Ser Link,” he sobbed. “Please don’t tell my father. Bad enough he’s going to take away my secret passage. I don’t want to get spanked too. He’s going to hate me even more.”
“Hate you? Your father doesn’t hate you, Domino.”
“He does. He’s mad at me ‘cause I can’t move the water. Every night he asks me if I made it move, even just a little, and when I tell him no, he just gets upset and leaves. He hates me.”
“You’re being silly. He just wants you to succeed. But I think it’s best if we keep this just between us. I won't tell your father you’ve been sneaking around down there, but you can’t go into the tunnels anymore. We are going to check on you now, at night and whenever you’re in your room. No more alone time. Not until we can trust you again.”
It was not just for the sake of the prince that Link would keep this secret. Lying to the king was a crime punishable by death, and Benjamin had done it without hesitation. Was it really that bad, though, to bend the truth to save oneself? They should not have been held responsible for what happened, especially not Link. He was where he should have been; he had done nothing wrong. Why then was he afraid he was going to be punished?