The sun woke her, as it always did. As she peered through the curtains of her window, the sprinkles of light spattered her eyes. It was time for another routine day consisting of the most routine actions: wake, dress, dine, learn morning lessons. At least Sissold was still there for a few more days, so her lessons would be somewhat less routine, but she had always found even Sissold’s teachings to be dry and empty. She only enjoyed her isolation from the other students, especially since she had not been to mainstream classes since the execution. Sissold had come just after and had been there since. Soon she would really have to go back to the mundane way things were and face her fellow mages. 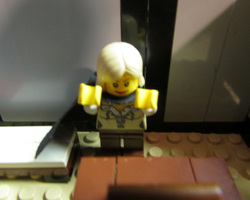 She struggled to dress herself, stumbling while pulling up her baggy trouser pant legs. She tied her loose leather belt over her waist and pulled a torn blouse over herself. The dizziness took her then, as it usually did. This time, rather than fight it, she embraced the loss of control and flopped back onto her bed. “I wish I could stay here forever,” she whispered into her pillow. A tapping sounded at her door. 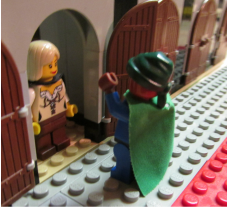 “Keliea, it’s me, Tin’at. I’ve come to walk you to breakfast.”
Tin’at was such a gentle person, and was the closest friend Keliea had left. He was, despite being in all the same classes, older than her. A freed slave from the Sea of Sand, he looked very different from the mages who had been born to Isseaos. He was wide and muscular. His arms were nearly as big as Keliea’s whole body, and his skin was a crisp bronze shade. Despite his rugged appearance, he was kind. The other students joked about him, but he never seemed to be bothered; he was always just happy to be at Isseaos. He and Daniel had also been close friends, so since the execution Tin’at had taken solace in being with Keliea, someone who could also appreciate his lost companion.
“Coming,” she called, unlatching her door. “Good morning, Tin’at. Let’s get some breakfast and start this wonderful day.” 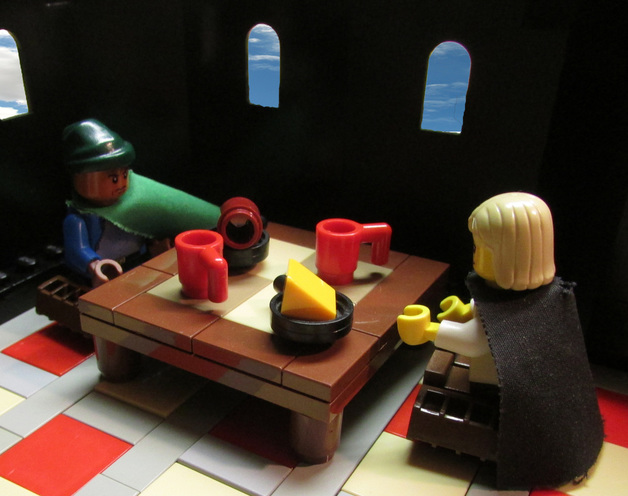 They made their way to the dining hall where all mages ate every day. Getting there took them clear across campus, past the eerie black and red stained glass of the atrium and just next to the main build that contained all the classrooms and the living quarters of the Endaures. They sat alone, as most students were afraid of Tin’at’s appearance. Keliea preferred it that way, though. She was not in a mood to sit with other students and listen to their chatter about who would go where and how their juries were turning out.
“My juries are soon,” Tin’at mumbled, shoveling sausage into his mouth. “I hope I get assigned this time. I’d like to join Lord Itro’s brother in the Sea of Sand as a recruiter. I think I would do well there.”
Tin’at had failed his juries twice already, and if he failed once more he would have to wait three years to take them again. His earth magic was powerful, but he was lackluster in all other respects. He would never be able to properly advise a Ruinousian lord, Keliea knew that. Her own house mage growing up was very intelligent. He taught her how to read and how to write and even some histories. He was gentle and caring toward her. Maybe Tin’at could be that, but he would never be able to teach young lords and ladies like Keliea. He would need to be well versed in all subject matters and histories of Ruinousian culture, something he was not. Tin’at was right that the best job for him would be recruiter, but they seldom trusted new mages with such an important job.  It was likely that if he did not improve his grades that he would be made into a builder and sent to the Ryewood or kept at Isseaos to use his magic for building projects and repairs. 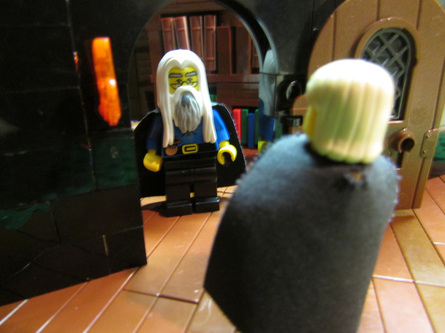 She made her way up to the second floor, passed the Endaures’ dwellings and offices, then walked through the hallway of the headmaster and right up the private stairs to the third floor. Only the high mage and other light mages were permitted on this floor. Keliea had only been in the room closest to the stairs, as that was where Sissold held her lessons. It was a little room with book-covered walls where they mostly talked; when it came time to practice techniques, they returned to the main floor to practice in the training areas. She often wondered what was beyond that room and in those halls. An entire floor, and she had only seen one room.
She reached for the handle of the small door after she climbed up the stairs. Like a mouse in a cage, the handle jumped back and the door was pulled open from the inside. It was Sissold, rushing for the exit, his grey and white beard flopping in her face.
“Oh child, I am sorry, I have just received word from the capital. I must return at once to the king’s side.” He looked down at her and could see the disappointment in her eyes. “Do take this time for yourself, dear. You have not looked well lately and maybe the rest will do you some good. Practice your techniques and study hard. I will return in a few months’ time.” 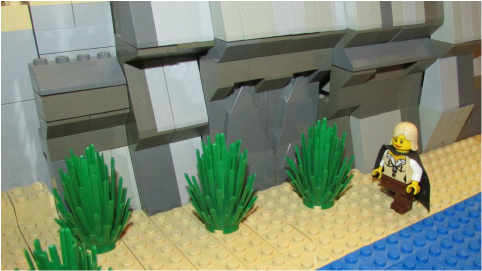 Like that he was gone. She wanted desperately to go with him, to see what the capital really looked like, maybe even go home. She missed the shores of Adelphia, the sandy beaches below her home, where her father used to take them out for summer swims. The rocky shores at Isseaos were different, though she still visited them often. Cliffs sat upon the side of the waves, and the sand was not soft, but prickly with pebbles. Still, it would do her well to see the sea. She would spend her day walking along the beach paths near the Startelm.
There was a chill out but the warm sun radiated past it. It was the warmest day of their early winter and she knew that there would be few of these left. What a day to be free, she thought as she strolled along the shores. She had walked for hours and soon the day would be gone to her and she would have to report for dinner. She could get in a little late, though, and just eat in the kitchen; she doubted anyone knew that she was not at school today anyway. 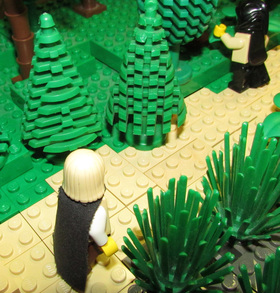 The path through the woods was quicker than the one that went around the shore and so she took that route on the way home. It had always given her an eerie feeling, as if something in the night of the trees stalked her with its eyes. She had often taken the path home with her friends after late nights sitting by the ocean, but never alone. She seldom went off on her own in the first place, but today was different. She needed to be away for a while. Away she felt safe, even with Startelm watching.
On the path she could see someone in the distance, but could not make out who it was. Did he see her? Did he know who she was? What if it was Mako? No, it couldn’t be him, he still hadn’t risen from his bed. Questions ran across her mind and before she even thought to hide, the stranger was before her. 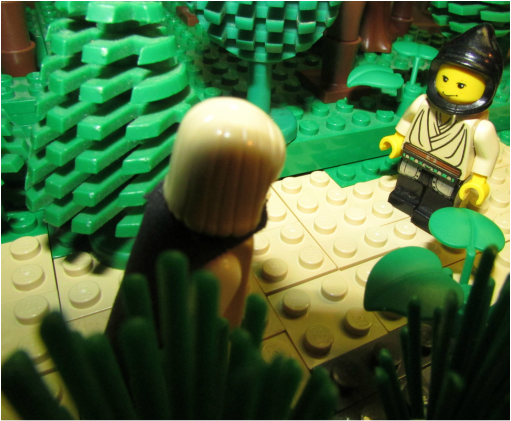 “Keliea Nyis?” It was one of her teachers, Master Aviath Lelson, a wind mage Master. His distinct yellow hair punched through his hood, making him easily recognizable. “What brings our young light mage to the woods this evening? Where is Lord Nands?”
“Lef—left for the cap—capital. The capital, he left for the capital. He told me to spend the day in meditation near the sea.” She was lying of course, but the truth was not something she cared to share.
“I see. Well, I don’t think the high mage knew then how dangerous these woods have been. We’ve been keeping it quiet from the students, but some of the common folk have been disappearing into them. I have been looking for them, but to my dismay have found very little. If you’ve nothing left to do for the high mage, would you care to join me in the search? I wouldn’t mind the company. I would of course have your tardiness in returning home excused.” 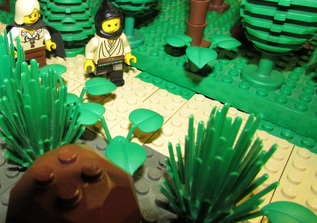 She didn’t want to go with him, but if she were out with a teacher then it would mean she didn’t have to go back, and she had always liked Master Lelson. He didn’t take things as seriously as the other masters. He had lived in the academy his whole life, so he knew what the students had to go through.
She decided that she would go with him.